Chad T. Hoffman, Senior Staff Counsel, has served as counsel for the Houston Police Officers’ Union since 1997. Mr. Hoffman has been a licensed attorney in the State of Texas since 1994 and graduated from South Texas College of Law in December 1993. After two years of undergraduate study at Morningside College in Sioux City, Iowa, Mr. Hoffman graduated with a Bachelor of Science Degree in Criminal Justice from the University of Texas at San Antonio in 1989. Mr. Hoffman is licensed to practice in the United States District Court for the Southern District of Texas, the United States Court of Appeals for the Fifth Circuit and the United States Supreme Court. 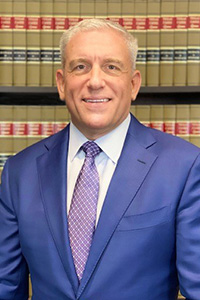