David J. (Dave) Thomas is the newest member of the Houston Police Officers’ Union legal team. Mr. Thomas received his law degree from the South Texas College of Law in December 2013 and was licensed to practice law by the State of Texas in 2014. Mr. Thomas also holds a Master of Arts from the University of Houston – Clear Lake, 2002 (Honors), and a Bachelor of Science from the University of Houston – Downtown, 1992 (Honors).

Prior to joining the HPOU legal team, Mr. Thomas served 29 years with the Houston Police Department until Honorably retiring in 2022. During his career, he was a sergeant for 24 years and was a supervisor in several divisions, including Traffic Enforcement, Internal Affairs, Tactical Support Command and Support Operations. While still in law school, up until his retirement, Mr. Thomas was assigned to the Chief’s Command – Office of Legal Services, where he provided legal advice to the Chief of Police and the Department’s Executive Staff on a multitude of legal issues. The valuable knowledge and experience Mr. Thomas gained throughout his career at HPD will now work to the benefit of HPOU members. 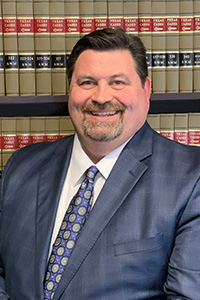