Mary Nan Huffman was a prosecutor at the Montgomery County District Attorney’s Office for 10 years. After hard work and many jury trials, she was promoted to chief prosecutor and led the Child Exploitation Division. There she prosecuted a wide range of internet-related crimes committed against kids: child human trafficking, the possession, production, and promotion of child pornography, and child sexual assault cases. In 2016 she was awarded Child Abuse Prosecutor of the Year. Huffman is currently the President of the Board of Directors for Children’s Safe Harbor, Texas’ 7th largest children’s advocacy center.

Huffman joined the legal team at the Houston Police Officers’ Union in July of 2018 and in 2022 was elected to serve on Houston City Council. Councilmember Huffman is an advocate for law enforcement in our city stating, “We ask first responders to do this incredibly important job, but we need to make sure they have the resources they need to be successful.” Huffman is married to Eli Huffman III and they have two sons. 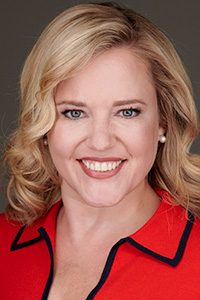